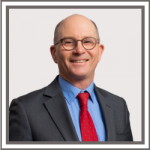 Professor Paul Kelly is a public health physician, epidemiologist and health service executive. In January 2021, he was appointed Chief Medical Officer for the Australian Department of Health. Prior to this he was the Chief Medical Adviser, Health Products Regulation Group (which incorporates the Therapeutic Goods Administration and the Office of Drug Control) within the Australian Government Department of Health.

Professor Kelly has previously worked in research, health systems development, post-graduate teaching and as a health service executive including Director of the Masters of Applied Epidemiology Program at the National Centre for Epidemiology & Population Health at ANU, and in the Northern Territory working as a Principle Research Fellow with the Menzies School of Health Research, as well as with the Centre for Disease Control in the NT Department of Health. Prof. Kelly’s work has taken him to five countries on four continents including Malawi, Indonesia, East Timor, and the UK. 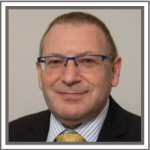 Andrew Singer is Principal Medical Adviser in the Australian Government Department of Health and Aged Care, advising on policy and issues involving acute care, health classification systems, safety and quality in healthcare, the Medicare Benefits Schedule Review, Private Health Insurance as well as medical education, training, practitioner regulation and workforce. He is Associate Professor in the Australian National University Medical School, and Senior Specialist in Emergency Medicine at Canberra Health Services. Andrew is a former Censor-in-Chief and President of the Australasian College for Emergency Medicine, receiving the ACEM Medal in 2011. He has been on the Executive (as Treasurer) with the International Federation for Emergency Medicine, and is currently Chair of its Governance Committee, receiving the FIFEM in 2010. He is Chair of the Prevocational Standards Accreditation Committee and technical adviser to the Specialist Education Accreditation Committee of the Australian Medical Council, member of the Monitoring Reports Subcommittee and a member of its Board.  He was made a Member of the Order of Australia in 2018. 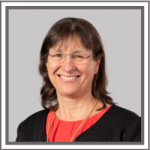 Susan Wearne is Senior Medical Adviser in the Health Workforce Division in the Australian Government Department of Health and Aged Care. She is a Clinical Associate Professor at the Australian National University and works as a sessional GP in Canberra.

Previously Susan worked as an academic and GP in England, in Alice Springs and for the RFDS at Yulara (Ayers Rock Medical Centre). Her work for the Remote Vocational Training Scheme, sparked her interest in using technology to facilitate training, and her PhD on remote supervision during GP training. Her book of general practice cases is in its fourth edition.

Susan is chair of the National Medical Workforce Strategy Steering Committee and also works on other Health Workforce Division programs that focus on the distribution of qualified health professionals across Australia. 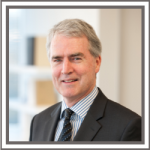 Roger was appointed as the part-time Medical Director of Doctors’ Health SA in 2010. He has been a rural procedural GP for over 35 years. Roger is a past member of the Pharmaceutical Benefits Advisory Committee (2010-2013) and former board director NPS MedicineWise, and he was the last Presiding Member of the Medical Board of SA in 2010. He is the former Vice Chair of the national medical indemnity provider MIGA, Chair of its Clinical Risk Committee and member of its Claims Committee, and only recently retired as board director of Doctors’ Health Services Pty Ltd (national board), and held the position as board director of the inaugural Barossa Hills Fleurieu Local Health Network, completing his term earlier this year.

He is currently working as a medical consultant in executive health and conducts the statewide Local Government Association skin screening program, and is a board director of GPEx.

He completed his MBA at the University of Adelaide in 2015 and is committed to life-long education.

Roger’s unique experience and roles in rural clinical medicine, education, medical indemnity and regulation, and his passion for the doctors’ health program in South Australia has seen service be the leading doctors’ health service in Australia. 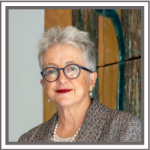 Adjunct Professor Ruth Stewart was appointed as the second National Rural Health Commissioner for Australia in July 2020.  She brings to this role nearly 30 years of work as a rural generalist doctor with the advanced skills of a general practice obstetrician and 20 years’ experience in rural medical education.

Professor Stewart lives in the rural and remote town of Roma in Queensland. She has extensive experience in the field of rural health, including roles as: 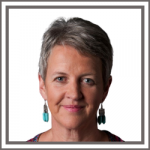 As a Wellbeing Educator, TEDx speaker Annie Harvey weaves her story of resistance to change into her talks and workshops with great ease. She has a kitbag of tools that she shares and encourages you to take action on. Annie’s keynotes explore how we can embrace change, cut through the noise and prevent burnout in subtle yet very powerful ways. Annie is a natural thought leader, drawing from a wide-range of disciplines, resources, practitioners and readings and adding her own experiences. Dealing with the stress and complexity of medical life leads many of us to search for answers. Unfortunately, what we too often discover is a bewildering array of approaches, studies, books and products. It can be difficult to know where to start. Annie’s gift is making the complex simple, distilling her years of study in to easy-to-understand sessions that help people take the first steps towards self- awareness, the foundation of emotional intelligence and great personal leadership. 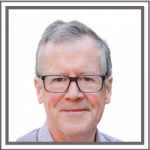 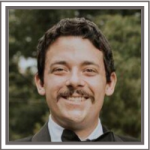 Dr Hayden Cain is an ACCRM trainee currently working in the Riverland in rural South Australia.  Hayden has previously worked in a large variety of settings in multiple States and Territories from small rural hospitals to large tertiary centres.  Hayden has a passion for advocacy with a focus on doctors in training, rural medicine and First Nations health. 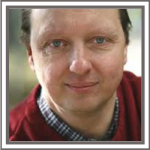 Lambert Schuwirth obtained his MD from Maastricht University. In 1991, he joined the Department of Educational Development and Research there, taking up various roles in student assessment: Chairman of the Inter-university and the Local Progress Test Review Committee, the OSCE Review Committee and the Case-based Testing Committee. Since the early 2000s, he has been Chair of the overall Taskforce on Assessment. He has been advisor on assessment to medical colleges in the Netherlands and the UK. In 2010, he chaired an international consensus group on educational research, the results of which were published in Medical Teacher. Since 2007, he has been a full-professor for Innovative Assessment at Maastricht University until 2019. In 2011, he was made a Strategic Professor for Medical Education at Flinders University in Adelaide, Australia and is also the Chair of the Flinders University Prideaux Discipline of Clinical Education. 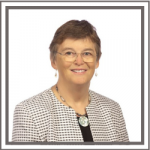 Dr Anne Tonkin trained as a general physician with a sub-specialty in clinical pharmacology, and practised at the Royal Adelaide Hospital for more than 25 years. She was a clinical academic in the Adelaide Medical School for 22 years, becoming Professor in Medical Education with responsibilities for curriculum planning and implementation.

Dr Tonkin has also served the Australian Medical Council as a council member and had long-standing involvement with its accreditation processes for medical school and specialist colleges up until her appointment to the Medical Board of Australia.